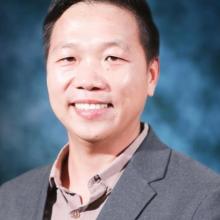 Currently, he is a Ph.D. candidate at ULB starting from the academic year 2021-2022. His thesis title is: “Re-thinking the Cooperative Movement in Laos: A Diachronic Appraisal from the Revolutionary Period to the Developmentalist Era”

Cooperatives are not new in Laos (Taillard 1983, Evans 1990, Nigole 2018). They were introduced at the national level after the revolution of 1975 and numbered about 2,500 to 2,800 in 1979. Their implementation was supported by the former Union of Soviet Socialist Republics, although they mostly adopted the characteristics of the Chinese cooperatives of the Maoist era. In 1979, pressed by the lack of success of this policy, the central authorities put an end to this popular mobilization and decided to maintain only active cooperatives in the sector of rice cultivation. The last cooperatives vanished in the mid-1980s.

In the early 2000s, the interest in cooperatives has been revivified and proposed as a development strategy to drive social and economic movement of local communities, and to help poor farmers to have a better access to the market, to job opportunities, to the stability of their income and to “escape from poverty” (I quote here the official rhetoric on that issue).

Of course, the contexts are very different, and the present cooperatives appear much more “business-oriented” than those of the revolutionary era. However, some continuities are to be noted, as the very fact that the same name is used in Lao language to refer to the old- and the new cooperatives: sahakone. And if the “new” cooperatives are presented in reference to an ideal of a bottom-up organization, with objectives and plans designed by the “partners”, the role of the Lao government seems to be still very important, first of all in its strong willingness to revitalize the cooperative system. As suggested by Nigole (2018: 8), the assertion “we want to become a cooperative” often amounts to “the government wants us to become a cooperative”. The divide top-down versus bottom-up is not so clear.

To cut a long story short, I would like to historicize the study of cooperative systems and compare its practicalities and imaginaries during the revolutionary era and after 2010. Despite the gap in time and in the general sociopolitical contexts, there is much to gain in this comparison that will cast rural development on the long-term scale of decades, against the ahistorical perspective so often perceptible in hastily carried-out applied research. For the first period (1975-1980), this research will work on archives (local, national) and also use oral history (with former cooperative leaders and peasants). This can give a vivid glimpse on the way people lived and experienced that troubled period, and remember it. For the second period of time (2010-present), this research will rely on sociological/ethnographic methods. How was this idea of cooperative revivified? How is “civil society” engaged in it and how does it endorse the roles that are expected from them? The Lao government is pragmatic and sees an opportunity for funding the national farming. But how do the present-day farmers react to what can appear as the resurrection of the cooperative system, which left bitter memories of food shortage?

4.    A joint research project with National Agriculture and Forestry Research Institute (NAFRI) and National Institute for Economic Research (NIER) on the project Stakeholder Analysis of Agricultural Cooperative in Laos: Current status and ways forwards funded by Centre for Development and Environment (CDE) (1-12/2021)

5.    A lead consultant for the research project: The 16-Year Experiences of Poverty Reduction Fund in Community Driven Development in Rural Laos under the Mekong-Lancang Cooperation Fund (1-12/2020);

8.    Petit, P in collaboration with Singthong, S., & Vongsouphanh, A. (2019). The Past inside the Present: History, Memory, and Territorial Cults among the Tai Vat of Laos. London: Routledge.