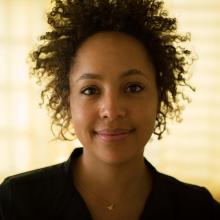 My research at the Laboratoire d’Anthropologie des Mondes Contemporains (LAMC), Université Libre de Bruxelles (ULB) probes the institutional mechanisms that take highly diffuse and emotionally charged testimonies of violence and transform them into “objective” accounts that hold the power to redefine citizenship, understood here as an array of socio-political rights and recognition. In this research project, I compare testimonies of state violence given in the context of a Jamaican Truth Commission with the “credibility interviews” in which asylum seekers recount the personal journeys and experiences of abuse that may qualify them for refugee status in Belgium.

Testimonies are inherently affective. The painful process of recounting trauma entails ordering emotion and communicating affect. Yet, the ways in which victims of state abuse recount their trials must be a carefully calibrated exercise: the granting of recognition and reparations hinges on the affective account’s perceived credibility. Indeed, the para-legal systems set in place to receive the testimonies of victims of state-abuse focus not on the expressive quality of the testimony (or the type of emotions being recounted), but rather on the veracity of the statement and the credibility of the account, thereby creating a paradox: the credibility of feeling laden and highly personal stories is determined on the basis of “objectivity” and “fact”, a-emotional parameters which are of a diametrically opposed nature. Surprisingly then, in studies analysing the role of testimonies of violence, there is a lack of attention given to the sensorial dimension and affective materiality of testimonies. Yet, attention to the embodied and narrative force of testimonies is crucial to understand which personal stories are believed, credible and ultimately transformed into official accounts. This is where an ethnographic approach to testimonial can yield a better understanding of the tangible outcomes that acts of testifying may enable, thus bringing new perspectives to the more legalistic enquiries carried out up to date, and achieving two key outcomes. First, the project studies how marginalised individuals can make claims on the state through affective testimonies of violence, thereby potentially recalibrating their citizenship. Second, it offers a critique of the state’s production of truth and objective accounts. This critique resonates with recent social issues pertaining to truth and affect that play out at a global level, as exemplified by debates surrounding “fake news” and “post-truth politics”.