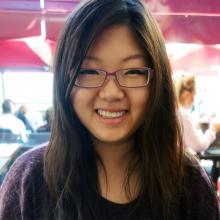 Catherine Lourdes (Kate) Dy holds a Ph.D. in political science from the Université Libre de Bruxelles (ULB) in Belgium alongside a Ph.D. in political theory from the LUISS Guido Carli di Roma in Italy. Her doctoral research explored international human rights norms through the unpacking of Sexual and Reproductive Health and Rights (SRHR) in the transnational, regional, and local contexts.

At present, she is currently Programme Manager for the Migration and Refugee Integration and Support (MRIS) Department, overseeing three EU-funded teams within Romania: HEAL (AMIF 863631) on the recovery and integration of women victims of trafficking; STIRE (AMIF 821722) on the integration of resettled refugees; and the European Pact for Integration (AMIF 863614), where she is also Scientific Coordinator. EPI seeks to advance the quality of existing local migrant inclusion strategies and has thirteen European partners and is implemented in seven cities: Cartagena, Ravenna, Linkoping, Dietzenbach, Riga, Lublin, and Cluj-Napoca. In addition, Kate is directly EU-level Coordinator of the CHAMPIONs Project (ISF-P 823705), which addresses polarization and protect vulnerable groups through fostering local networks and establishing permanent multi-stakeholder groups and online support mechanisms in Romania, Germany, Hungary, and Poland. As gender focal point at PATRIR, Kate completed the creation and testing of a Gender Training Toolkit under the umbrella of the Global Partnership for the Prevention of Armed Conflict (GPPAC) and in 2019, conceptualized and implemented the first Women Empower Forum in Romania, which is now an annual event.

She is also currently affiliated as an ingénieur de recherche (research engineer) with the Université Catholique de Lyon’s RELIMIG project on Catholic migrants in France. Additional affiliations include a chercheuse associée (associate researcher) position with the East Asia Research Center (EAST). Prior to this, Kate was an Australian Leadership Award Scholar at The Australian National University, where she graduated with an MA in International Relations and a Master of Diplomacy in 2012. She has also taught at the University of the Philippines Diliman.

Her current research interests include third country national integration in Eastern Europe and a continuing engagement in SRHR and migrant health.